-27% sale
Incense Blessed by Tibetan Monks $65.65 $89.00
Provides Freshness, and Protection against Evil Spirits, Prevents Decalcification, Flu and other Diseases Contains precious mang medicinal materials used in Tibetan medical tradition: white and red sandalwood, musk, saffron, borneol, clove and more than 30 kinds of precious and refined natural herbs and spices. Mindrolling incense is Self-cultivated, provides freshness, and protection against evil spirits, prevents decalcification, flu and other diseases. Especially helps the treatment of epilepsy. Having this incense is also defending peace! Made from natural aromatic herbs. Prayed and Blessed in Meditation by Monks of Mindrolling. Hand rolled in Tibet, 100% Natural. Approximately 50 incense sticks per barrel. Each incense stick is about 17cm and a diameter of 3.5mm. Mindrolling is the largest monastery of Nyingmapa IN THE Lhoka AREA. This incense has been prepared according to the recipe of the Grand Master Terchen Rigzin Gyurme Dorje. It has a very special fragrance and is widely used to make offerings to the Buddhas. The monastery was built to renew the Mindrolling Monastery in India. Everything about the monastery is simply grand: at over 60m tall its Great Stupa is believed to be one of the world’s tallest stupa and contains a series of shrine rooms displaying relics, murals, and Tibetan art surrounded by large prayer wheels. Impressive 35 m high gold Sakyamuni Buddha Statue, dedicated to Dalai Lama, is presiding over the monastery. It is the largest Buddhist center in the world. All the masters, teachers, and followers of Nyingma lineage consider Mindrolling monastery as an inspiring example of the practice of profound Dharma of Vajrayana Buddhism.   Nagyur Nyingma College, is part of the Mindrolling monastery. This state-of-the-art institute trains monks to preserve the unbroken lineage of teachings and passes them on to the next generation of practitioners. Presently, the Mindrolling organization provides education to over 300 monks, starting from primary, secondary education till research   KEY FACTS ABOUT MINDROLLING: School of Buddhism: Nyingmapa, including Dzogchen. Founded: originally built in the 10th century, expanded in the 17th century (1676). Location: between Lhasa and Tsedang. Altitude: about 3,650 m. Monks of Mindrolling Monastery perform Cham Dance on the 4th day of the 4th month, and on the 10th day of the 5th month according to Tibetan Lunar Calendar.   The last words of Minling Terchen Gyurme Dorje creator of the recipe for this incense  སྐྱབས་མཆོག་བླ་མ་འཁོར་ལོའི་མགོན་པོ་མཚན་བརྗོད་པར་དཀའ་བ་གཏེར་ཆེན་ཆོས་ཀྱི་རྒྱལ་པོ་འགྲོ་འདུལ་གཏེར་བདག་གླིང་པ་ཉིད་གཟུགས་སྐུ་སྒྱུ་འཕྲུལ་དྲྭ་བའི་བཀོད་པ་ཆོས་ཀྱི་དབྱིངས་སུ་བསྡུ་བའི་ཚུལ་སྟོན་པ་དེའི་ཚེ་ཟབ་དོན་གདམས་པ་ཐམས་ཅད་ཀྱི་སྙིང་པོ་འདས་ཆེམས་རྡོ་རྗེའི་ཚིག་གིས་རྗེས་སུ་གདམས་པ་ནི། སྣང་གྲགས་རིག་གསུམ་ལྷ་སྔགས་ཆོས་སྐུའི་ངང༌། ། nang drak rik sum lha ngak chökü ngang May appearances, sounds and consciousness, in the state of deity, mantra and dharmakaya, སྐུ་དང་ཡེ་ཤེས་རོལ་པར་འབྱམས་ཀླས་པས། ། ku dang yeshe rolpar jamlepe merge infinitely like the unfolding of the kayas and wisdoms ཟབ་གསང་རྣལ་འབྱོར་ཆེན་པོའི་ཉམས་ལེན་ལ། ། zabsang naljor chenpö ñamlen la in the deep and secret practice of Great Yoga, དབྱེར་མེད་ཐུགས་ཀྱི་ཐིག་ལེར་རོ་གཅིག་ཤོག ། yerme tuk kyi tikler ro chik shok and that they are of a single flavor, indivisible with the tiklé of the wisdom mind! YOUR SUPPORT HELPS OUR EVOLUTION
Padmasambhava SnowLand Mystical 108 Holy Incense Sticks $143.33
Brings a relaxed environment, purifying the air, making the environment fragrant and beneficial to health, ideal for religious rituals. Padmasambhava was born in India, when he was a child brought by the king was named LotusBorn or lakebornvajra. After that, he became a monk by master barbahadi and he got lessons of Magical teaching and great sutra teachings from the eight tantric masters. He took tours in many different places and taught his doctrine to many people who were willing to convert to Buddhism. During the eighth century, he came to Tibet and built the Samye monastery. This incense was made during the completion ceremony of this monastery.   Hand Rolled Tibetan Incense Sticks Home Meditation Aromatherapy Has Aroma of Plateau Contains 6 Bundles The length of the incense stick is 26 cm and the Diameter of the stick is 4 mm, There are 6 bundles, about 108 in total, The combustion time is about 40 minutes in a natural windless environment Ingredients: sandalwood, cinnamon, Jiapian, borneol, baihuaguo, Liujia, Kangba.   The formula comes from "Sangye Temple" in Tibet. It has been passed on for years and remains unchanged for a long time. The incense stick is made of natural herbal materials, which are steamed, fermented, dried and extruded. When burning, it not only makes people feel relaxed but also has the advantages of purifying the air, making the environment fragrant and beneficial to health, which is also the choice of religious rituals.From material selection to production, they are respectful to the world. It follows the pharmacology of ancient Tibetan medicine and has the functions of preventing dizziness, hypoxia, respiratory epidemic diseases, and inhibiting seasonal bacteria. It is the practice of aromatic treatment in Tibetan medicine. Samye (Tibetan: བསམ་ཡས་, Wylie: bsam yas, Chinese: 桑耶寺), full name Samye Mighur Lhundrub Tsula Khang (Wylie: Bsam yas mi ’gyur lhun grub gtsug lag khang) and Shrine of Unchanging Spontaneous Presence is the first Tibetan Buddhist and Nyingma monastery built in Tibet, during the reign of King Trisong Deutsen. Shantarakshita began construction around 763, and Vajrayana founder Guru Padmasambhava tamed the local spirits for its completion in 779. The first Tibetan monks were ordained there. Samye was destroyed during the Cultural Revolution then rebuilt after 1988.    But, nevertheless, if there is even the slightest recognition, liberation is easy. Should you ask why this is so—it is because once the awesome, terrifying and fearful appearances arise, the awareness does not have the luxury of distraction. The awareness is one-pointedly concentrated.! "Padmasambhava"The Tibetan Book of the Dead
FOLLOW US UP!
★ Judge.me Reviews 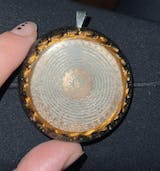 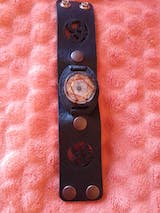